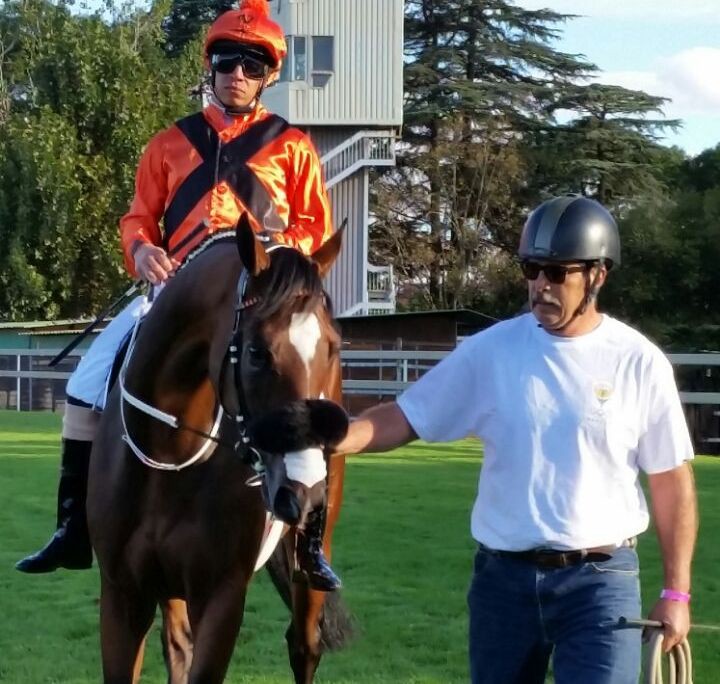 ABASHIRI’s breathtaking win in last Saturday’s Gr1 SA Derby, the third leg of the SA Triple Crown, has been much celebrated and discussed, strangely without much mention in the media of Malan du Toit, an integral member of the Abashiri team.

We dealt with Malan’s earlier work with Mike Azzie’s champion in How Abashiri regained his confidence, elsewhere on this site. Malan tells that there was some work to do before the start of the Derby on Saturday too.

“Abashiri was a bit nervous when he came into the parade ring, he hadn’t seen so many people on a race track before in his life and his many supporters were all shouting welcoming messages at him in the paddock when he walked by, and singing in the grandstand.

“When he got the start he was a bit more stressed than he normally would be, he was visibly a little taken by the occasion. He was shaking his head and we had to calm him down. There are people who may have interpreted this as Abashiri gearing himself up for the big occasion and getting ready to destroy his rivals but that wasn’t the case. He’s just a horse, he is sensitive and it was the bigger crowd and the commotions on the track that unsettled him somewhat. He was more nervous than usual in the pens too.

“The field was loaded from high to low draws so as it happened we were lucky this time, Abashiri was loaded second last from his 13 draw and they jumped quickly, he didn’t have to stand long. But after the race I did recommend to owner Adriaan van Vuuren that we should take him for another session at the pens just to calm him down, to relax him. He needs to be reminded that all will be fine.

“We are all very proud of Abashiri. I am overjoyed for Mike, Adriaan, Rika, Karl and the team and my thanks go to them for the privilege of working with a star like this!”

How Abashiri regained his confidence
Loading, draws and stubborn horses