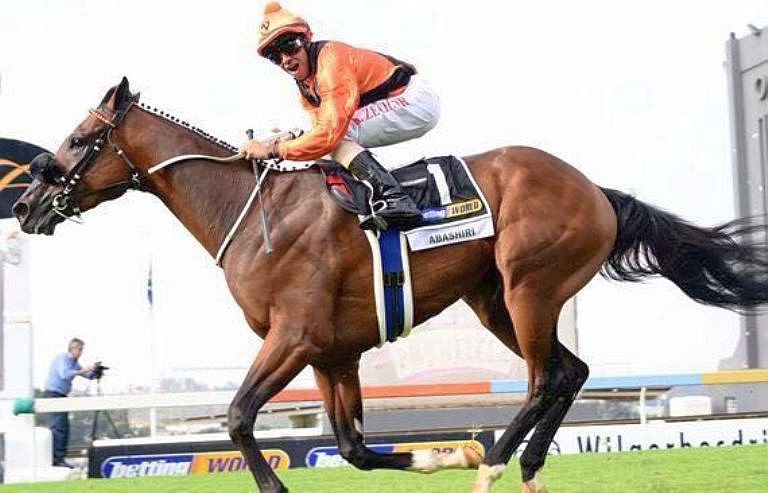 RISING superstar and 2016 Triple Crown contender Abashiri, and from  Mike Azzie’s stable, check wasn’t himself at all after winning the Sea Cottage Stakes midway through January. He was uptight and restless and something was bugging him. Malan du Toit’s help was called in.

Malan tells: “Something must have upset Abashiri before the Sea Cottage Stakes. His owner Adriaan van Vuuren phoned me, health he was very worried. They knew they had a serious horse on their hands and wanted to sort out any unwanted niggles that would affect Abashiri’s campaign, they just didn’t know why he was troubled at that point.”

“I started working with Abashiri immediately, he was very nervous and sweating profusely around the pens, he disliked the starting process. We got down to basics, did a lot of groundwork with him, applied different contexts a t he gates to get him to relax.

“Abashiri responded very well, eventually we loaded him on his own so he could jump from the pens alone, then we added another horse and another so he could jump alongside others, and in time he recovered his confidence.

“I’ve accompanied Abashiri to the races since then, he has loaded at different times, first and last without problems. He’s a lovely horse, very nice to work with, a true champion!”

*Abashiri is unbeaten since the Sea Cottage Stakes, his wins including the first two legs of the 2016 SA Triple Crown. He will have a a shot at glory on 30 April when he lines up in the third leg, Gr1 SA Derby over 2450m at Turffontein.