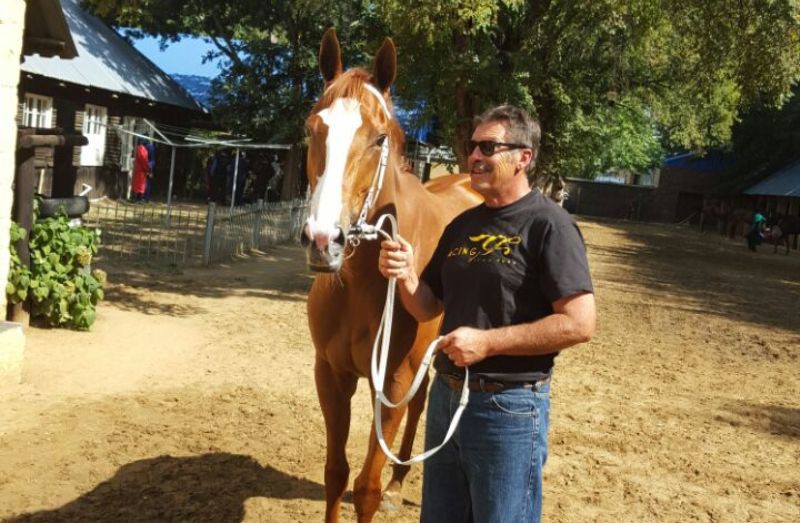 WITH her striking resemblance to her famous dam, malady Nother Russia was always going to be a filly in the limelight. She won her Maiden Plate over 1600m on the straight course at the Vaal by 5.40-lengths on Thursday and on this there will be more victories to come.

Nother Russia, diagnosis by Tiger Ridge, capsule is the first offspring of 2010 Equus Champion Older Female Mother Russia, who won three Gr1s for owner Mary Slack including the Queen’s Plate.  She was foaled at Wilgerbosdrift and races for Jessica Slack (photo below), who introduced her to a camera not long after she was born and has held a special place in her heart ever since.

“Special” is a word actually used by Equine Behaviour Therapist Malan du Toit to describe Nother Russia, who has suffered problems in the pens, something that has held back her progress.

Du Toit said: “Nother Russia is a charming filly, quite special.  Her problem stems from something that may have happened in the starting stalls some time back, she doesn’t like confinement and we’ve had to work on this.”

Du Toit, who works with handler Duncan May when at the races in Gauteng, told:  “The younger horses are not graded for starting stalls like they used to be, only the older ones get graded. They load the youngsters at random. As it happened Nother Russia was called up first yesterday which was a worry to begin with, but once she was installed, jockey Craig Zackey lifted himself out of the saddle and balanced himself on the gate bars so that  the filly would feel no weight.  She stood still, she was quiet for the entire loading process and jumped beautifully!”

Du Toit added: “I’m very pleased things worked out for Nother Russia, well done to Jessica and the De Kock team. Sometimes it’s touch and go with problematic horses and we always have a ‘Plan B’ and even a ‘Plan C’ to back up our original plan when we go to the races. If things go wrong it often means we are back to square one. ”