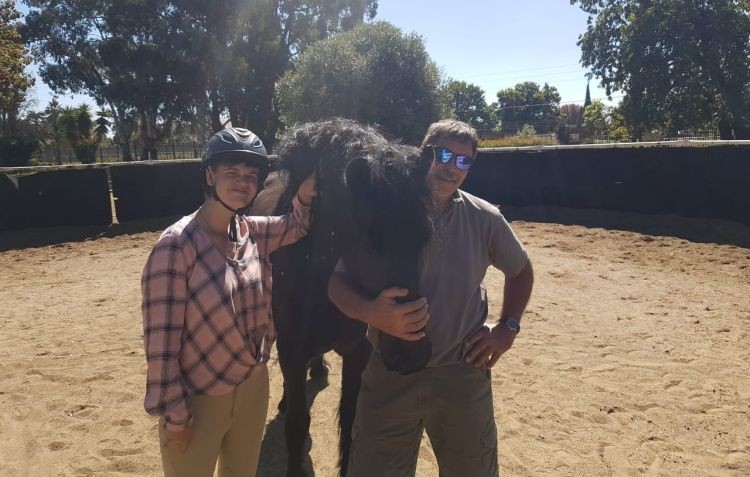 FOR the past 20 years I have been involved with the behaviour of horses in all types of disciplines. From starting them as youngsters to seeing them developing into mature powerful athletes.

It is especially within the racing environment that I have had the privilege to work with the best – Dynasty, Pocket Power, Variety Club, Oh Susanna,  Abashiri, Nother Russia, Legislate, Do it Again, to name but a few.  Every one of them went through my hands. Either by starting them off as youngsters and/or meeting them later on again in their racing career to give them guidance in terms of the correct behaviour.

To me these runners are like my own children and every time they win I have a feeling of utmost satisfaction because I could make a contribution to the fulfillment of a horse’s true and full potential.

My father in law always said: “At the end all you will have are the memories you have accumulated throughout your life”. Today, 17 April 2019 was such a day, not because any important horse was winning any important race, but because I could help a very special person on how to cope and train her horse to elicit the correct behaviour.

The name of this special person is Anchen Roos. She suffers from Aspergers Syndrome (a developmental disorder characterised by significant difficulties in social interaction and nonverbal communication, along with restricted and repetitive patterns of behaviour and interests), and for the past couple of years horses have had a huge therapeutic influence in her life.

Anchen’s previous horse died of cancer after which her parents obtained Bon Ami for her. Bon Ami is a beautiful Fresian with the most fantastic temperament but despite his great temperament something was missing. Anchen was struggling with some basic behaviour.

Bon Ami was gradually getting unsettled when being saddled and it was a mission to mount him. In short he was not a safe horse to be around anymore and Anchen was steadily losing all the confidence she’d had initially gained.

Today we started a process of going back to basics. It was my responsibility to not only retrain Bon Ami but especially to train Anchen in the art of basic horse behaviour. Within two hours we covered numerous subjects of which the most  important ones were controlling the flight response and ground control.

What you will see in the videos below is the end result of us working together. The stars of the occasion were  Anchen and Bon Ami! Well done Anchen and all the very best for your future endeavours with Bon Ami!