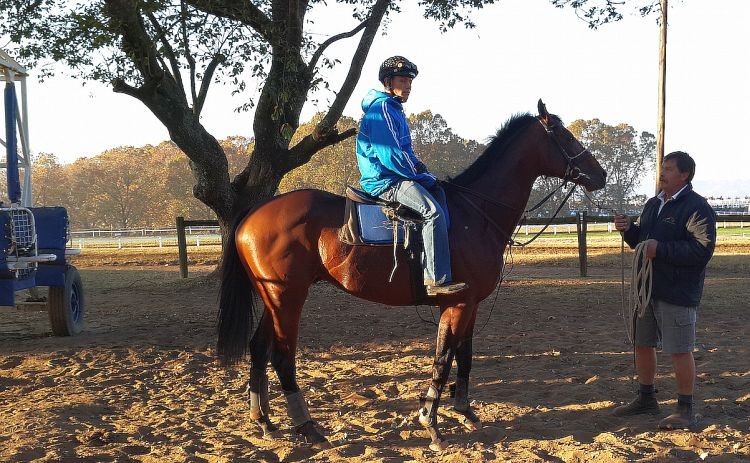 I had two very interesting recent discussions with people involved in managerial positions in stud and pre-training facilities within the horse racing industry in South Africa. The discussions were about the breaking in of horses.

Let me first say, I do not really like the expression, “breaking in”, as it describes a process that may be considered violent in nature and in certain cases may well be. Unfortunately, it is still true that some still believe in the breaking of a horse by physically overpowering the animal and in the process “showing it who is boss”.

This, in my opinion, is an antiquated way of thinking about horse behaviour. Over the past 40 years there has been an explosion of information due to scientific research regarding the behaviour of horses, what they inherently are, why they react the way they do and most importantly how they learn.

Anybody that has done some research on the learning theory and how one can utilise these principles in eliciting the correct responses from your horses  in the training process will agree with me that there is no need for violence nor would it be necessary to overpower the animal in order to succeed. I’d rather use the word “starting” in reference to teaching a young horse, and put “breaking in” forever aside.

In the discussions I mentioned in my introduction, the stud managers and I touched on how long one would take to reach your objectives in the starting of a young thoroughbred. I refer to thoroughbreds, specifically, as I spend most of my working life in their environment, but applies to all breeds in all disciplines.

These objectives were basically the completion of the starting process, and in particular the time it would take to ‘start’ a young horse. The assumption was that I was spending too much time with especially the “problematic cases” and that the process I employed could be completed in a much quicker way.

To both managers, the actual manner in which a horse is being started did not really matter, as long as it can be ridden at the end of the starting process. “Eventually all of them race anyway,” one said.

To me, this was an expression of complete ignorance and the reason why a fair amount of racehorses display problem behaviour when they reach training stables and go to the racetrack. A wrong start invariably results in ongoing behavioural difficulties.

The reason I spend as much time as needed with the so-called “problematic cases” is because of prior, incorrect human intervention, i.e. intervention accompanied by violence as the horse “just would not listen”!   How one performs the process of starting a horse, and the time you spend with a horse in doing so, most definitely matters!

Very early in my career with horses, I learned a very important thing:  “Make Haste, Slowly”. This means that the slower you go in the training process, the quicker you can actually reach your objectives. This is so important because the horse just does not understand the world we live in as human beings, and will never adapt to it, unless we guide it along slowly.

Furthermore, science teaches us that horses are very slow learners where repetition of learned responses is of utmost importance.  The horse is not a thinking type of animal that can reason and solve problems like a human being. Through millions of years of evolution, it was never necessary for the horse to “think”. It does not possess those parts of the brain that make problem-solving and the desired acceptable behaviour possible for humans.

However, horses do have the ability to learn, like all other animals, as long as learning is done slowly. We have become besotted to train horses in the shortest possible periods of time. This has probably happened because we are bombarded with thousands of videos on the internet in which the modern “horse whisperers” of our time are showing off their successes and how “quickly” you can train a horse.

This is unfortunately very far from the truth. Anybody with real experience in horse training will know that training can be a long process where, first and foremost, the trainer needs to have a lot of patience.

One of the horsemen I learned a lot from many years ago was John Lyons, one of the early advocates of the Natural Horsemanship movement in the USA.  John was not a behavioural scientist and as far as I know he did not have any matching qualifications either. In fact, before he started training horses professionally, he was a furniture salesman. But John had an incredible understanding and an unparalleled feel for horses.

He stated: “In training your horse, build in as many steps as possible between your beginning and your objectives. If your horse does not understand, you are probably going too fast”.