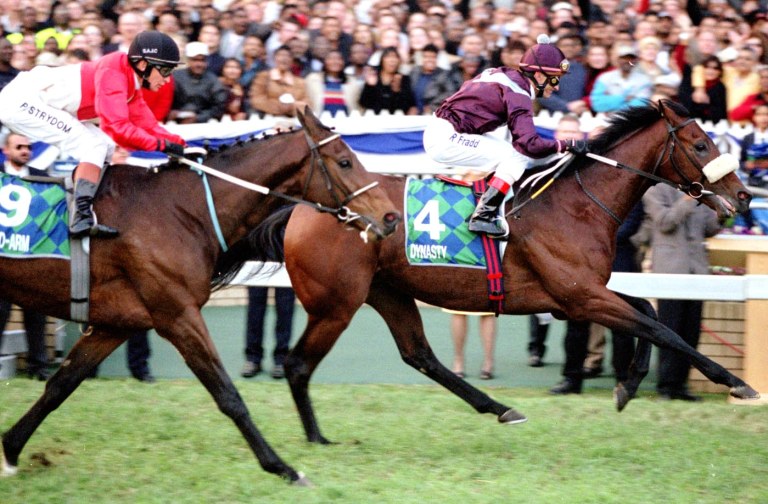 THE mighty Dynasty, now already a sire of sires, won the Gr1 Vodacom Durban July at Greyville back in 2003, trained by Dean Kannemeyer.

Malan du Toit tells: “Dynasty, like the true star he was, became a real tough colt to work with, full of himself. He started having some loading issues in the Cape, problems behind the pens which we sorted out.

“After we worked with him Dynasty was fine when racing in the Cape. We had a lot of help at the gates from Gavin Pickford, who was one of the starter’s assistants those days. But in the early times of equine therapy here in South Africa we didn’t travel everywhere with our horses. When he was in Durban for the July, Dynasty was restless again and he played up a lot before the start of the race.

“Thankfully they got him into the pens, he jumped from a wide draw that day, ran right around the field and won as he liked.”