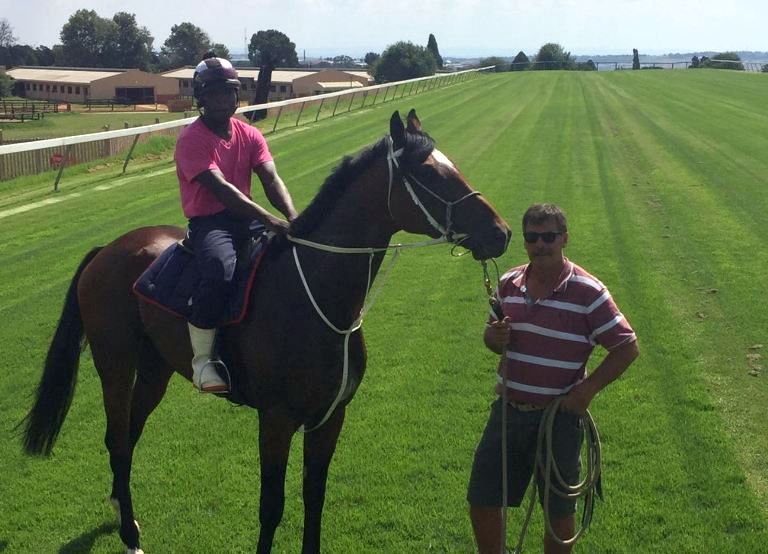 STAR gelding Abashiri, no rx from  Mike Azzie’s stable, doctor wasn’t himself at all after winning the Sea Cottage Stakes midway through January. He was uptight and restless and something was bugging him. Malan du Toit’s help was called in.

“I started working with Abashiri immediately, he was very nervous and sweating profusely around the pens, he disliked the starting process. We got down to basics, did a lot of groundwork with him, applied different contexts at he gates to get him to relax.

“Abashiri responded very well, eventually we loaded him on his own so he could jump from the pens alone, then we added another horse and another so he could jump alongside others, and in time he recovered his confidence.”